* In case of any delay in receiving the OTP, you may verify it later. Please proceed without verification.

Enter your City name or Pincode

Bhairamgarh is one of the important towns in Bijapur District of Chhattisgarh state. It is headquarter of Bhairamgarh Tehsil, one of the four tehsils of Bijapur District. For last one decade or so the town has become synonymous with local wildlife sanctuary which has certainly helped in giving fair amount of recognition to this small town. More about this wildlife Park and some of the important aspects of this town have been comprehensively covered below. 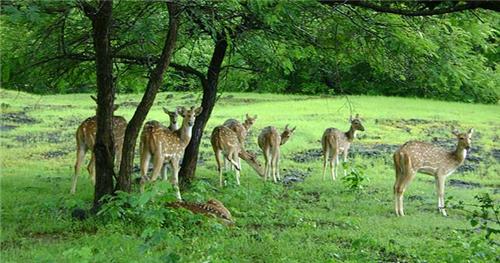 Bhairamgarh economy is dependent on agricultural sector for its sustenance. Besides agriculture, local people here are also dependent on local forest industry for their livelihood. As for industrial sector is concerned, then situation on the front of industrial sector is absolutely dismal. Let alone in Bhairamgarh, there is no extensive presence of industries in entire Bijapur district as such. Besides, service sector also has very minimal role to play in Bhairamgarh’s local economy. Overall, due to all the obvious reasons Bhairamgarh’s economy revolves around traditional agricultural sector and minuscule forest industry.

Owing to its economically backwardness Bhairamgarh region does not boosts a very reliable healthcare infrastructure. All it boosts is just handful numbers of government funded healthcare centers and decent numbers of clinics & chemist shops. Besides, town has either very minimal or absolute no presence of pathological labs and diagnostic centers. This precarious and unstable situation obviously compels local patients to look to other major cities for quality treatment. These alternative cities mostly include Jagdalpur, Bilaspur and Raipur.

Public transportation in Bhairamgarh merely compromises of decent numbers of auto rickshaws plying across the town. There are no local bus services or private cab services in the town. In fact Bhairamgarh town does not even have a local Railway station. The nearest railway station is Jagdalpur Railway Station. However, via road Bhairamgarh town is connected to quite a few important cities like Bijapur, Jagdalpur and Raipur cities.

Barring one or two nationalized banks, there are literally no other reputed banks in entire Bhairamgarh town. Owing to their absence small and private money lenders continue to enjoy unabated domination in this part of the world. This fact, however, does not hold better future for this region. That’s because traditional money lenders and small micro finance institutions can never revolutionize financial services like reputed banks can. So hopefully this town will witness entry of few reputed banks in near future.

The main and sole attraction of the region is Bhairamgarh Wildlife Sanctuary. Although is not located exactly in the heart of Bhairamgarh town, but quite a distance from it. Speaking specifically about Wildlife Park, then it was established only in only in 1983 to capitalize on immensely rich flora and fauna of the surrounding region. In that sense Bhairamgarh wildlife Park is relatively less old than rest of other wildlife parks of our country. However, despite this fact every year decent numbers of tourists do visit this wildlife park. Here you’ll find Wild Buffalo, Nilgai, Sambar, Gaur, Barking Deer, Sloth Bear, Wild Boar, Jackel and also quite a few tigers and panthers. Among all these Wild Buffalo is found in huge numbers and they are by far the greatest attraction of this wildlife park. Besides, here you’ll also find different bird species like Darters, Wood Peckers, Peacocks, Jungle Fowls, Green Pigeons, Quails, Parrots etc.

Talking about flora, then here you’ll find unique types of shrubs and trees that you may find nowhere else. Besides, surrounding lush greenery and mangroves also reflect rich flora of this wildlife forest.
Best time to visit: Best time to visit Bhairamgarh wildlife Park is November to June. During this period flora and fauna of this forest sanctuary really comes on its own.


How to Reach Bhairamgarh Wildlife Sanctuary ?

Nearest railway station is Jagdalpur Railway Station, while nearest bus stand is Dantewada Bus Station. In case if you’re traveling via flight then take a flight to Raipur Airport. From there you’ll have to take a private bus or car to reach Bhairamgarh wildlife Park.

The entire Bijapur District – including Bhairamgarh town – comes under red corridor zone. In India any region or town that faces considerable naxal insurgency problems is classified as red corridor zone. Bijapur District’s painful tryst with Naxal insurgents has been continuing since many decades now, which has resulted in death of many precious lives. That said, more often than not law and order situation in main town of Bhairamgarh continues to remain normal. Local people continue to go about their work without any worry whatsoever. Besides, Bhairamgarh’s local police station works tirelessly to ensure that local people feel absolutely safe and secure.

Comments / Discussion Board - About Bhairamgarh